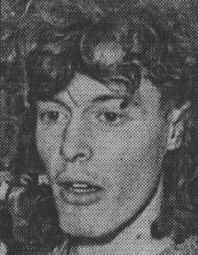 During the 80’s and 90’s the countryside of Britain was the scene of much unrest. Hunting represented many things to many people and hunt saboteurs numbers were swelled with many class warriors, anarchists and thugs along with a more extreme version of animal rights extremist than we see in modern Britain. It wasn’t unknown for hundreds of saboteurs to attend a hunt meet and running battles happened every weekend.
On Saturday 9th February, Mike Hill was killed while attempting to attack the Cheshire beagles pack who had met at Little Budworth. Hunt sabs had clashed all day with the local people who had come to see the Cheshire Beagles. At the end of the day around 4 o’clock the beagles had been loaded into their trailer which was being towed by the hunt pickup. As the hunt staff started to drive away three men, wearing balaclavas jumped onto the back of the pick up. It was clear that the day was over, it was winter and the light was starting to fade, yet as the hunt staff made their way back to kennels they noticed the terrifying sight on the back of their vehicle. There are, of course, two sides to the story…..animal rights groups claim the ‘evil’ hunters drove off at high speed, the sabs terrified where the huntsman was taking them and ‘what for’…..though why three men with IRA style balaclavas were scared to such an extent by the man on to whose vehicle they had voluntarily jumped is any ones guess. Perhaps they realised the stupidity of what they had done, perhaps not, but in a short space of time they had smashed the rear window. As the speed increased, the huntsman claiming he was looking for the police, Mike jumped from the pickup. He was caught under the wheels of the trailer and killed.There are many stories on animal rights websites, idolising Mike. Many accompanied by descriptions of his ‘murder’ and accusations of the ‘Police corruption’ that allows his ‘murderer’ to ‘continue to walk the streets’. There is no doubt that it was a tragic incident. A police investigation was launched, no charges were brought an a later inquest returned a verdict of accidental death.Animal rights activists later burned the huntsman’s house to the ground.Protests have continued to be timed with the anniversary of Mike’s death.The protests, many of which have turned violent. In one incident at Rockly Hall, Tattenhall, six men wearing balaclavas beat a 21-year-old with clubs and a whip. He was rushed to hospital.

Tom Worby is another young ‘saboteur’ whose tragic death is remembered by animal rights activists each year on the anniversary of his death. His death is accompanied by the same descriptions used each time there is a clash between animal rights activists and hunts…. ‘evil murderers’ ‘police corruption’ ‘no justice for animal activists’…..but a quick glimpse of the facts show that this incident isn’t just a case of two sides to the same story, it’s a case of a complete misrepresentation of the truth. Poor Tom was a child. He had no interest in animal activism, he had a troubled childhood and was described by everyone as vulnerable.

Tom was recruited by Maggie Flynn, an ex convict and neo Nazi. She recruited Tom and other young children and she took them out and put them in difficult and dangerous situations. This site aims to be as neutral as possible, not to take sides, but to lay out the facts as they stand. Facts that have been confirmed by police, courts, inquests and by checking as many information sources as possible. We aim not to give personal view points…..but……in this case the death of Tom Worby an absolutely tragic accident is, in our opinion one of the sickest cases of animal activists misrepresentations of the truth. Tom need not have died and using his memory each year when his family lay the blame for his death squarely at the feet of animal activist’s is wrong and unjust.

Trevor Morse died after he was hit by the aircraft at Long Marston airfield near Stratford-Upon-Avon, Warwickshire, as he followed a hunt on Monday afternoon.

Magistrates in Nuneaton, Warwickshire, heard that an eyewitness filmed the incident, and the moments before it, with a video camera.

A post-mortem examination revealed that Mr Morse died as a result of severe head injuries.

It emerged on Tuesday that members of the hunt had complained to the Civil Aviation Authority about a gyrocopter following them.

Warwickshire Hunt master Sam Butler said: ‘A gyrocopter had been following us for a couple of weeks and we had made a formal complaint to the Civil Aviation Authority 10 days ago.’

The Civil Aviation Authority confirmed that a complaint about the gyrocopter was received 10 days ago, and an investigation subsequently launched.

Mr Butler said he was unable to speculate on why the gyrocopter was following the hunt and was awaiting the result of the police inquiry.

Mr Morse had been following the hunt just hours before the tragedy, when a gyrocopter began ‘buzzing’ the hunt in a bid to disrupt its activities.

When the gyrocopter left the hunt at Todenham, near Shipston-on-Stour, at lunchtime, Mr Morse – described as a ‘passionate supporter of country pursuits’ – headed to the airfield seven miles away with a female hunt member in a bid to identify who was on board.

One source said he is thought to have taken binoculars with him – and may have been looking through its lenses when he was struck.

Mr Morse did not ride with the Warwickshire Hunt, but was responsible for looking after its eagle owl, Wilma.

Since the Hunting Act banned the hunting of foxes with dogs, hunts have adopted the rules of falconry, a sport in which dogs flush to a bird of prey.

He did not have children, but his long-term partner Caroline, who has taken his surname, has two teenagers from a previous relationship.

Mrs Morse, 57, remained too upset to comment at her home in Aldminster, near Stratford.

Sam Butler, huntmaster of the Warwickshire Hunt, said he had complained to the CAA about a gyrocopter swooping low over the hunt ten days before Mr Morse was killed.

A CAA spokesman said the authority had commenced an investigation prior to the tragedy, and had been in contact with the complainant and police.

Detective Superintendent Graeme Pallister, of Warwickshire Police, said officers were still working to establish ‘how and why Mr Morse died’.

A post mortem examination was carried out at the University Hospital of Coventry and Warwickshire.

A West Midlands Ambulance Service spokesman said the casualty had suffered a head injury and was pronounced dead at the scene. He could not comment on the extent of the head injuries.

The helicopter-style aircraft is not allowed to fly lower than 500ft but was said to have been swooping aggressively over the hunt in the past few weeks.

Powered by WordPress  |  Rethink by InkThemes.